Heidie Coombs is one of our highly qualified Lead Trainers operating from Shropshire and has been with Nuco Training since 2010.

When did you first learn first aid and why?

I first learnt First Aid when working for a company called Palethorpes, which is part of the Northern Food Group, there was a requirement for staff to be trained as part of the job to ensure that the company met with the relevant requirements for Health and Safety. I did feel out of my comfort zone as I had never done anything like this before, the company that took the training was from a back ground of paramedics so had a wealth of knowledge and experience which I found really interesting.

Once qualified I thought that I wouldn’t need to use my new skills as there were plenty of other people around me that would know more, that was until I found myself assisting with an RTC in the middle of nowhere and although no one was badly hurt I felt that my training had assisted me in keeping calm and dealing with the situation.

That was about 20 years ago and since this time I have had a keen interest in First Aid to the point now where I now champion the subject and encourage everyone to get involved.

What made you choose to become a first aid instructor/trainer?

I first ventured into training profession in 2000 where as part of the same company I started to work in the training department assessing and internally verifying vocationally related qualifications. This is when I was first introduced to NUCO training through another training organisation, I assisted with different elements of the week which opened my eyes to a different approach to the subject which was something that again excited me to learn more.

A few years later as I was already now an internal verifier I had the opportunity to gain my teaching qualification and take on the role of internally verifying a variety of L3 qualifications, since then I have progressed to teaching the First Aid elements for myself and other trainers when needed which in turn has given me a whole new community of friends and like minded people who can share the experiences and call on each other should the need arise.

What would you say to someone considering becoming a first aider?

I am a firm believer in some knowledge is better then nothing at all so if they are serious then this is a subject that I believe everyone should know, not only for the work place but for all aspects of life no matter where you are, if someone is on need of assistance then I would like to think that I could make a difference.

Having just completed the L3 Food Safety element of this weeks course, I thought it worthwhile dropping you a line to say how much I enjoyed it and also to commend your company on the quality of training and facilities. It is great to experience this training delivered in the ‘Nuco way’. Heidie’s teaching helped me consolidate a number of key principles of food safety that had previously eluded me. 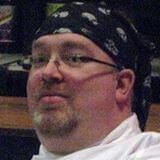